Google has just announced that the company plans to occupy the famous postmodernist icon, the Thompson Center, by 2026 after major renovations works. The building that was under threat of demolition for a while will be renovated by JRTC Holdings LLC to meet Google’s needs for its flexible hybrid workforce and to accommodate the tech giant’s 1,800 employees in Chicago. 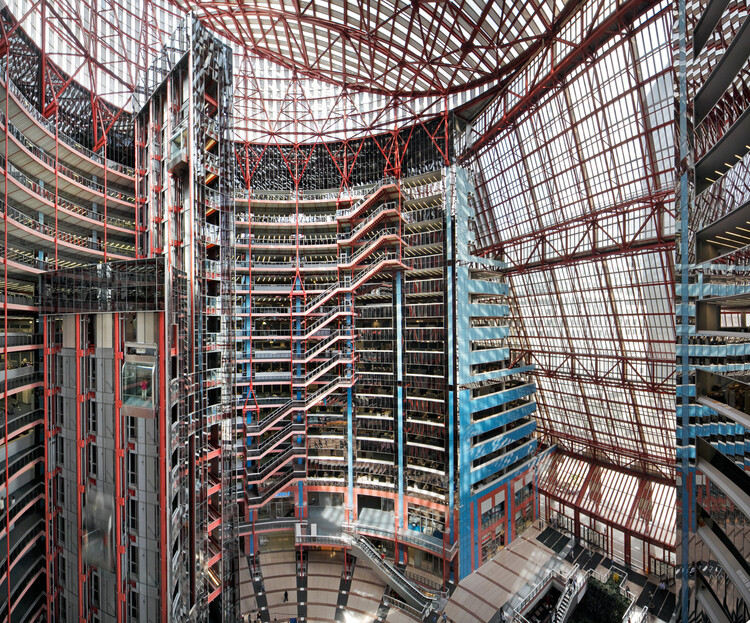 The Thompson Center, designed by Helmut Jahn, is a postmodernism icon that opened first in 1985 as the State of Illinois Center, before being renamed in 1993 as the James R. Thompson Center -for Governor James “Big Jim” Thompson, who served from 1977-91-. Google announced on Wednesday that it “intends to buy the iconic Center building in Chicago’s Loop upon future renovation […] The cost of the existing un-renovated building is $105 million”. Jahn’s architecture studio had reimagined the iconic building while maintaining its form and updating only the façade and core. The Thompson 2.0 design will provide outdoor terraces, as well as open up the ground level access to the atrium, which will contain the main lobby for building occupants while also being used as a recreational and dining area.

“The Thompson Center will provide employees with unparalleled public transit access as the only building in the city where six L train lines converge, easily connecting Chicago’s South, West, and North sides. Once renovated to a Class A environmentally friendly office building, we anticipate occupying the Thompson Center starting in 2026”, presents the official statement of Google.

The Thompson Center gives us a presence in the central business district, enabling us to get in on the ground floor of revitalizing the Loop with its unparalleled access to public transit, which is so important to today’s hybrid workforce. –Karen Sauder, Google’s president of global clients and agency solutions.

Illinois Governor JB Pritzker declared back in December 2021 that the state has finally reached a deal to sell Helmut Jahn’s iconic Thompson Center to Real Estate Company The Prime Group, which will carry out renovation works without any demolitions to the structure. This new agreement with Google “will save our taxpayers nearly a billion dollars over the next thirty years and further Chicago’s reputation as one of the great tech hubs not just of the United States, but of the world,” explains Pritzker.